Limiting beliefs are the negative things we tell ourselves that stop us from trying things and ultimately limit our personal development.

A belief is something we accept to be true usually based on our experiences and assumptions rather than true fact.

Here’s a few examples of some of the most common limiting beliefs I hear from my clients and other people in my daily life:

I first learnt about limiting beliefs when I was studying Neuro-Linguistic Programming (NLP) and it turned out to be quite a big personal breakthrough for me.

You see, our beliefs (positive and negative) make up what’s called our belief system which ultimately influences our identity as human beings.

For example, if you believe you’re a shy person who doesn’t get on very well with people then that limiting belief is obviously going to have a huge impact on your entire life.

And the thing is, most people know these limiting beliefs aren’t really true but they continue to say them because they feel like it’s part of their identity. 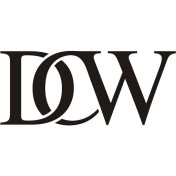 David is a personal success coach with a background in sales, leadership and technology. He has more than 1,000 hours of professional coaching experience and typically works with business owners and executives.

Alternatively, send a message using the button below.